Ten years ago two young men visited James Ratliff Gallery to see if their work would fit the gallery concept and level of artistry. After thoughtful consideration, the Ratliffs realized that Greg Heil was serious about a painting career, had developed his talent to a high level and had the potential of being a first class landscape painter with a unique way of expressing what he saw. And Heil certainly has not disappointed!!! Please join James Ratliff Gallery, Hillside Sedona, on Friday, October 6, from 5 – 8 PM to enjoy the latest Heil oil/canvas paintings in a show called North by Southwest. Heil will present a short talk at six.

James Ratliff Gallery is excited to let you know about the September exhibit of Colorado artist Lelija Roy’s most recent paintings in a show titled “Under the Western Sky”. The opening reception will be Friday, September 1st, 5 – 8 P.M. at James Ratliff Gallery, Hillside Sedona. Ms. Roy will present a short talk regarding her latest layered work at 6.

According to Lelija, “As a landscape artist, I follow in the steps and spirits of the artists and photographers who, centuries ago, ventured into the west--the wild unknown and as yet unseen lands. The images they captured incited the imagination of this young nation and led to the creation of our national and state park systems. Without this exposure through art, these unique treasures may have disappeared. I view my role as that of an ECO-seductress! I very deliberately put you, the viewer, into the wild lands…..places without buildings or others….. many times without a name on the map.”

Ms. Roy elucidates further, “I hope you enter the worlds of my paintings and fall in love. And because you are in love, you will be driven to protect the unique beauty of this earth.” Roy’s new series of acrylic, mixed media, layered paintings explores the nuances of light from twilight to midnight to blazing noon day sun. Each painting is built on numerous layers of textures and colors. She terra forms her paintings—starting with earth and sky then growing trees and plants that reach for the light!

Jim and Pat Ratliff welcome you to meet Lelija Roy on Friday, September 1st between 5 – 8 P.M. And learn more about the various artistic processes Lelija Roy uses to create her exquisite layered paintings! 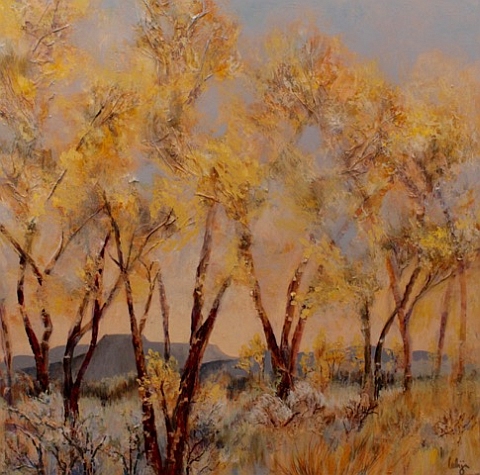 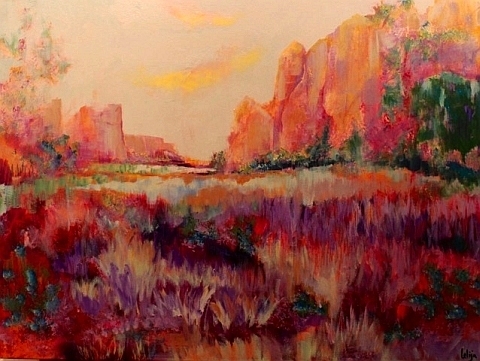 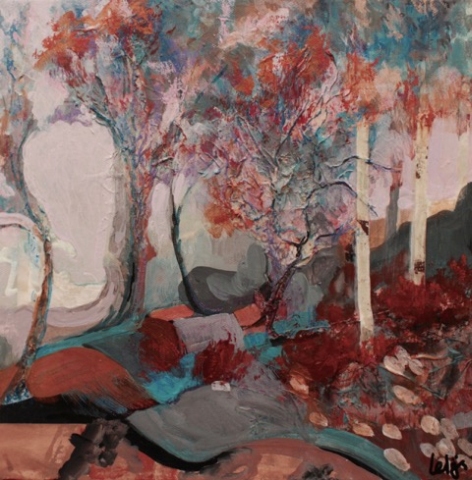 James Ratliff Gallery is proud to be showing the work of this fine artist. The collaboration between John and Ratliff began over 20 years ago. The public is invited to meet David K. John and view his new works beginning with an opening public reception on Friday, May 5th held from 5 to 8 P.M. at James Ratliff Gallery, Hillside Sedona, 671 State Route 179, Sedona, AZ .
John will give a short talk at 6 P.M. The show will continue through May 19th.

In preparation for his 2017 annual one man show at James Ratliff Gallery, artist David K. John explains, “I'm working away; been busy with other shows but now I'm concentrating on my show in Sedona, and I'll be concentrating on Female Deities or Yeis. Not too many Navajo artists paint these images. It's just to remember my Mom who passed recently and this is a way to honor her and all females. There are lots of stories that involve females in the creation of our Dine' people so I'll be researching these stories and make them my own interpretations on canvas. My main concentration will be around Beauty Way ceremonies which are only done during the Spring around the same time as my show so everything will come together at that time. Everything will be fresh and new ideas.”

It all began with the teachings of his Great Grandfather who was a Navajo medicine man and raised him. Under his tutelage, David K. John learned respect for Nature and the ways of his people. So following the death of this Grandfather, David began his formal education by attending the Institute of American Indian Arts in Santa Fe, NM, Brigham Young University in Provo, UT and then graduating from Southern Utah University in 1991.

Following his graduation, John returned to his home in Keams Canyon, and what he had learned at his Grandfather's knee came flooding back to his mind. Ever the teacher of Navajo spiritual beliefs, David's paintings incorporate and reflect the importance of his Grandfather's teachings and his own artistic and spiritual growth. And although he imparts spiritual truths through Navajo symbolism, John uses these symbols to inspire his own expression. Comments John, "My paintings are my own vision. And because so much is being lost with the passing of the older generations, I believe it is the role of the artist to communicate and teach the next generation. I try to do this through my paintings."

Enjoyed by a great many people worldwide, John's award winning artwork is also part of the collection at the Heard Museum, Phoenix, AZ; the Navajo Tribal Museum, Window Rock, AZ; the Institute of American Indian Arts, Santa Fe, NM; the Eiteljorg Museum in Indianapolis, IN; and the Red Cloud Museum, Pine Ridge, SD. One special accomplishment by David was being chosen as the 1990 United States Census Poster artist whose painting was used as the image for the 1990 Census poster. This poster was awarded the Pulitzer Award for Marketing. 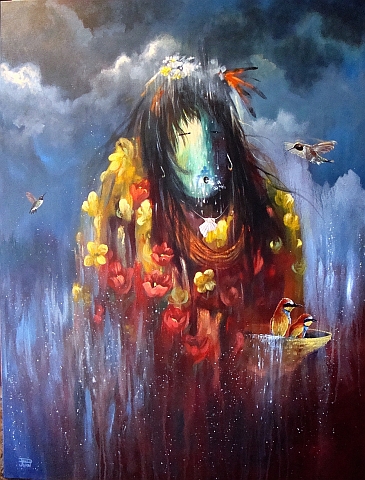 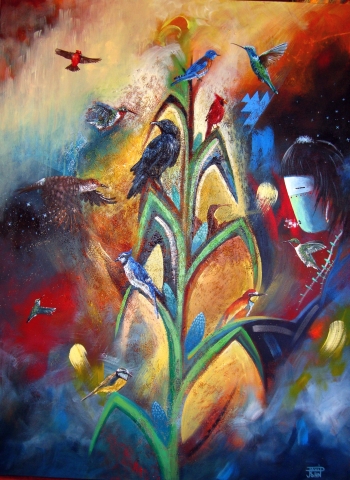 On Friday, April 7 from 5-8 P.M. there will be an opening reception for Cary Henrie as he unveils his latest work of vibrantly colored avant-garde pieces painted on metal and given such names as Meta Intersect and Arc Quadratic in this show called “Textures and Tones”. There will also be NEW traditional Henrie paintings as well as the wonderful Nature Framed butterflies.
Mr. Henrie will present a short talk around 6 P.M. The public is cordially invited.

From here grew something Henrie refers to as Eco-panels which have made it possible for Henrie not only to incise the front of the prepared panel, but allows him to carve interesting shapes AS the panels. From this stage has grown the much loved Nature Frames which are virtual art pieces in themselves and provide framework for preserving Nature’s sustainably farmed variety of butterflies.

Ratliff says, “For over 50 years I’ve expressed to clients that it’s quality and rarity which are necessary underlying qualities in determining fine arts’ lasting value, and the work shown in my gallery must be of the highest quality and one of a kind. For me, watching clients discover what captivates them is still thrilling! The singular, enduring advantage of owning fine art is its permanence and the ability to savor that ‘magic’ each and every day.” 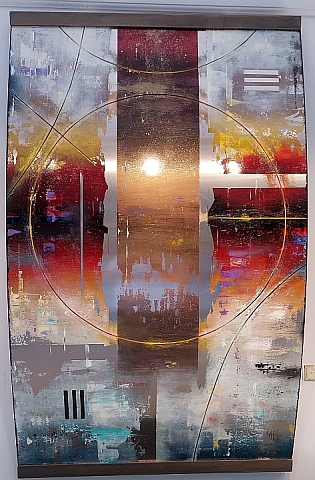 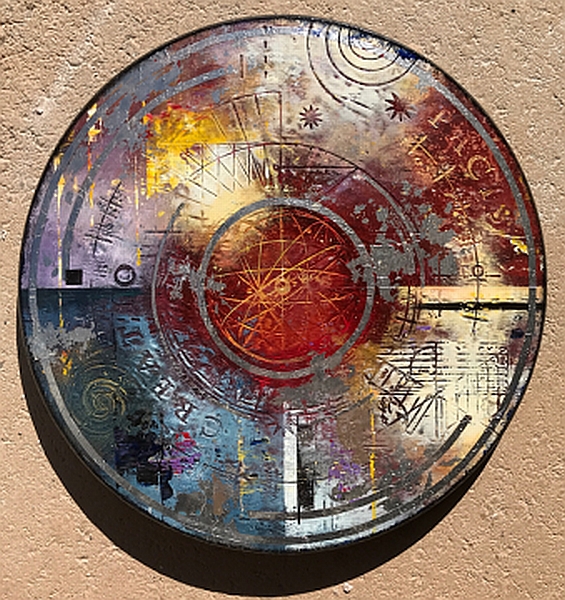 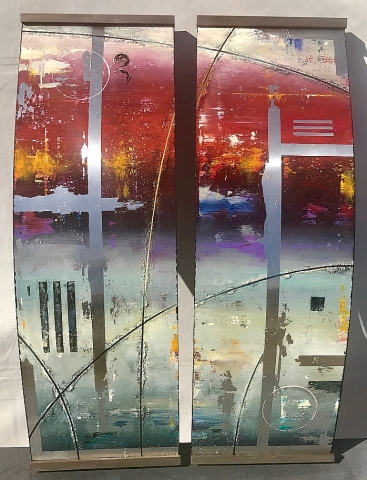 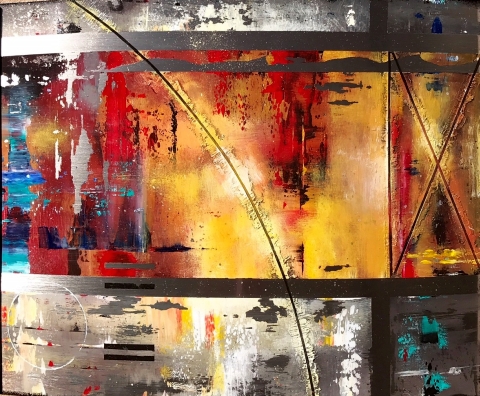